I graduated in 2015 from the University of New South Wales (Australia) with an Honours degree. My main memory from this time was agonising over R colour palettes. And yet, after several months of deliberation, I somehow settled on a palette of orange, green and purple, which can only be described as hideous. I also enjoyed watching my friends recoil in disgust whenever I said the word “liverwort”.

Outside of research, I’m a touring musician (Hot Potato Band) and a mediocre but enthusiastic gluten-free baker. I also do feminist workshops with school students and enjoy learning new languages; I’m working on Norwegian and Spanish at the moment. Importantly, I acknowledge the sovereignty of the First Nations owners of the land on which I live, the Gadigal people, and the grievous injustices that were and still are perpetrated by the settler-colonial state. 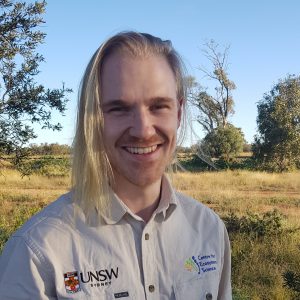